Finally some spare time to update my blog.
After barcelona I went to Amsterdam to meet Mieke.
I met her during the Amsterdam AM skateboarding contest. Since we had such a great time/adventure I went back to visit her the weekend after my short barcelona trip. Here are some pictures (click on foto to see them all): 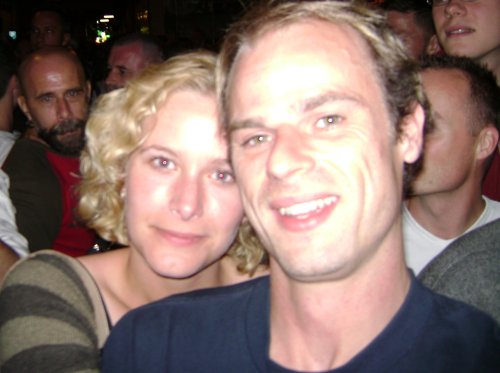 Anyway all in all we had a great time. We took the ferry boat to the center and took a short tour of amsterdam (which was full of music and drag queens etc. because of the gay pride parade :D ).
On saturday we had a nice little BBQ with some friends in 'lego land'. Lego land is what the locals call the student rooms created out of containers stacked together with steel hallways inbetween on which we had our bbq. Some of them were musicians and so a little private live concert was given :). Basically we just picked a song or group and the guys just played it on the spot (pretty well I might add!).

Here's a short movie from the BBQ: