A one weekend project went viral. Basically I just had my first 3D printer kit completed enough to start a new 3D print. And quickly noticed how cumbersome it all was sitting with a laptop in my garage and being able to monitor/start/stop a print remotely would be a nice thing to have. Also the power consumption started to worry me. A decent print would run for over 8 hours. And it required a PC running also throughout the whole process. If I could leverage a raspberry pi which consumes way less watts per our it would cut down on electricity costs as well.

After 2 days I had something that worked and named it Printerface and released all sources on github. It was connected to the internet, served a small web page and it could fully control the 3D printer. I didn't have time to style it properly and solely focused on getting all things working (purely functional hack). Upload an stl file. Home the printer, select file from previously uploaded gcode files. Start printing selected gcode file. All over the web. So you could control your printer with a laptop like seen in the demo video. But doing it with a smartphone was perfectly possible too. And you only needed to start the print. Once it was running your laptop could be switched off and the raspberry pi did all the work and it consumes roughly only 5Watts of power.

Demo of the fully working setup with Printerface.

This demo video triggered some articles on hackaday and various blogs. And even landed me in an article in Wired magazine.

A few weeks later the first working version of Octoprint was released. And ofcourse they had way more features and a nicer gui so I discontinued my work on printerface. Basically they we're ahead but wanted to release a more polished version of the concept. Which they did. To this day Octoprint is the ultimate and nicest way to control your printer via the internet. Still glad I can truly say I was one of the pioneers back in the early 3D printing days ;). 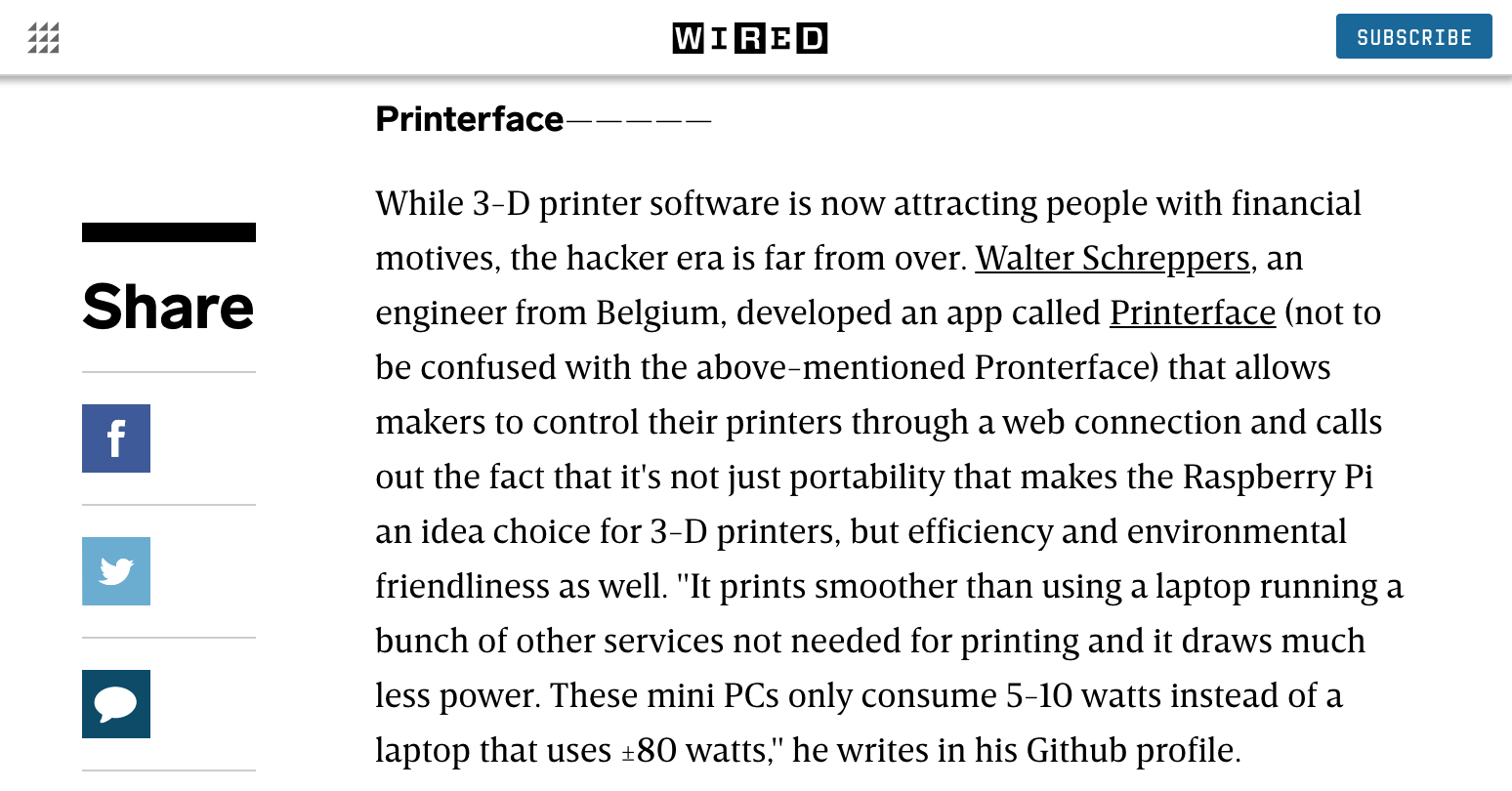 Here's a link to the full article in Wired Magazine.