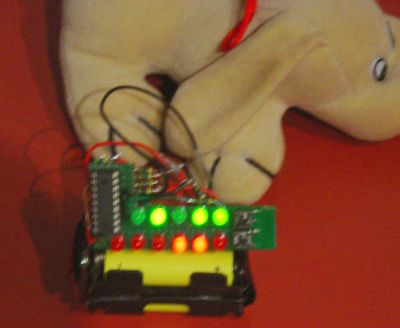 Binary led clock. Basically mostly a way to practice programming microcontrollers back in the days before arduino became popular. Anthony Liekens had made an analogue binary clock. Basically by printing out some discs and then attaching them to the dials it would show bars that you had to interprete as binary to read the actual time. Well I wanted a project to experiment with programming my own chips so then the digital version with leds of this concept was born.

Most time was spent on getting a working chip programmer. This was the early days of microcontrollers before arduino hit the scene. And even if you could get one, it was waaaay overpriced for a hobby project compared to having a raw chip running code.

I helped out Bert Demeurelare by teaching some of the basics of programming in C/C++. He needed to learn more C++ in order to finish the firmware of his hardware project he did for college. He had code running but it was buggy and first needed to improve his programming skills in order to fix his firmware. When I saw how easy it was to transfer a binary compiled with the gcc cross compiler to the actual chip it totally sparked my quest to program my own chips.

Build RCD pump programmer to flash microchip PIC16F628a and the likes. This involved a lot of looking around on the web and figuring out what was needed to be able to program pic microcontrollers.

In some forms I saw other electronics students truggling with the same concept but there was light at the end of the tunnel and a schematic was posted. Well actually many suggested solutions were given, but this was the one that actually worked for me when I build it: 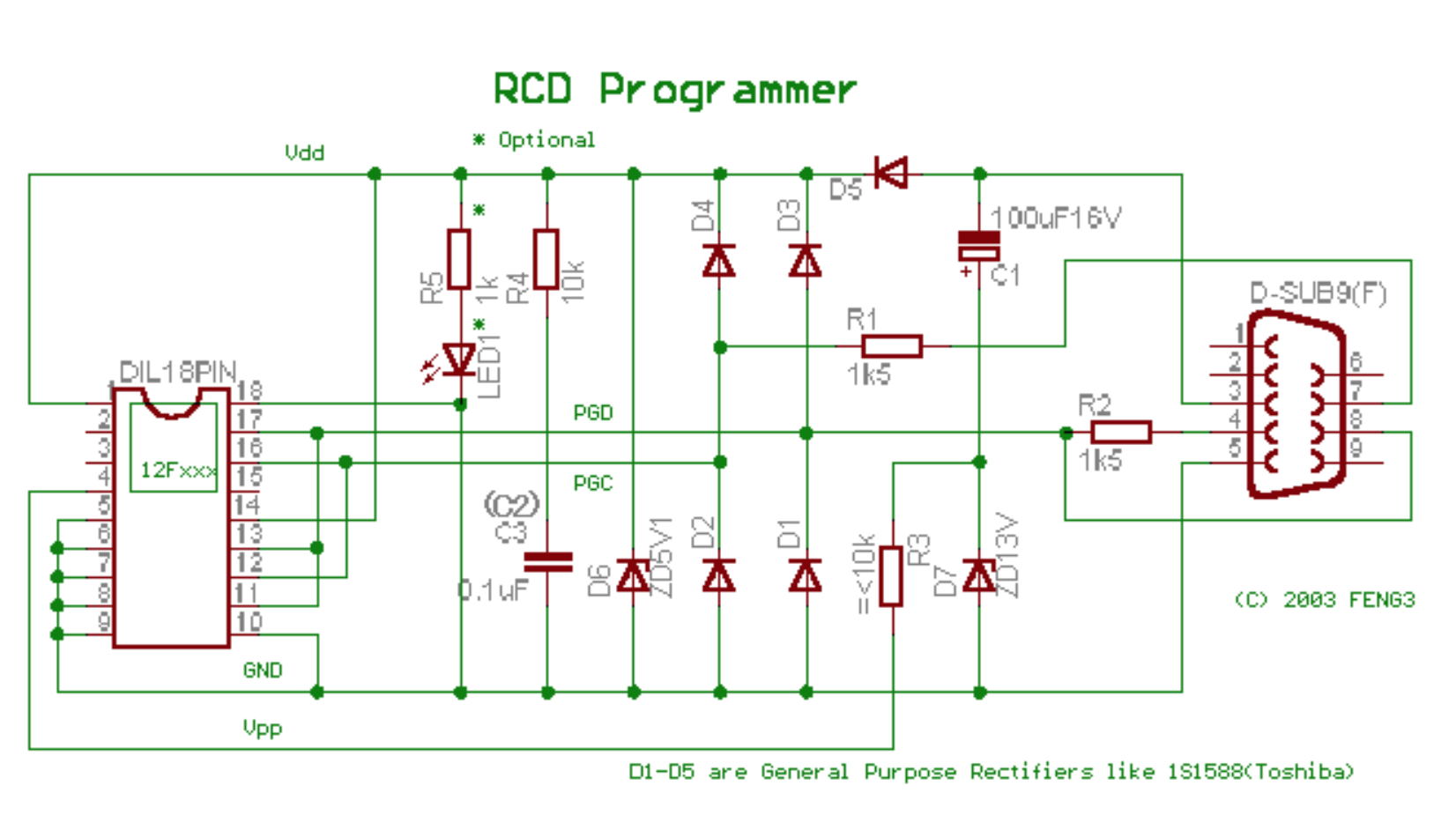 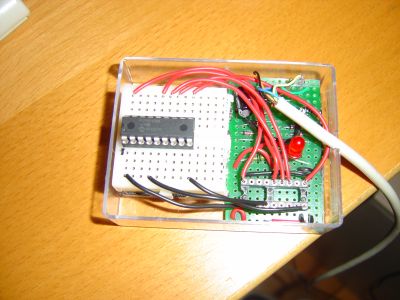 After testing on breadboard, made one using protoboard and used a small plastic box recycled as enclosure. Also cut off a piece of breadboard to have something to easily insert/remove chips. Or the 'hack' or ghetto cheap version of a Ziph socket ;) 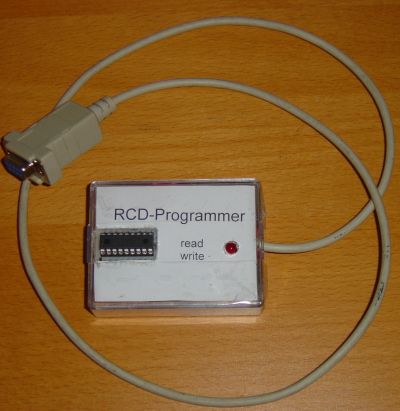 Finished programmer. Allows chip to be inserted easily and was connected to the comms port. I've even used this one later on using an usb to comm converter.

From then on it was smooth sailing. The project itself was actually really easy. Just hook up some leds to the microcontroller and write a little c code to make it blink the leds to indicate the time. 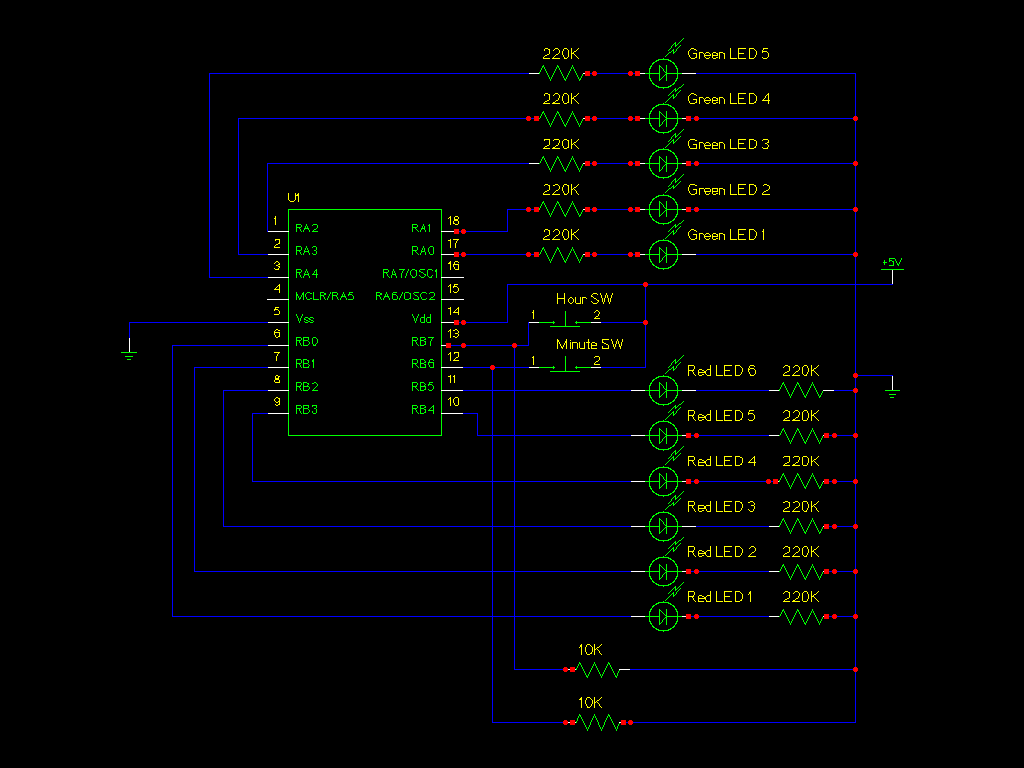 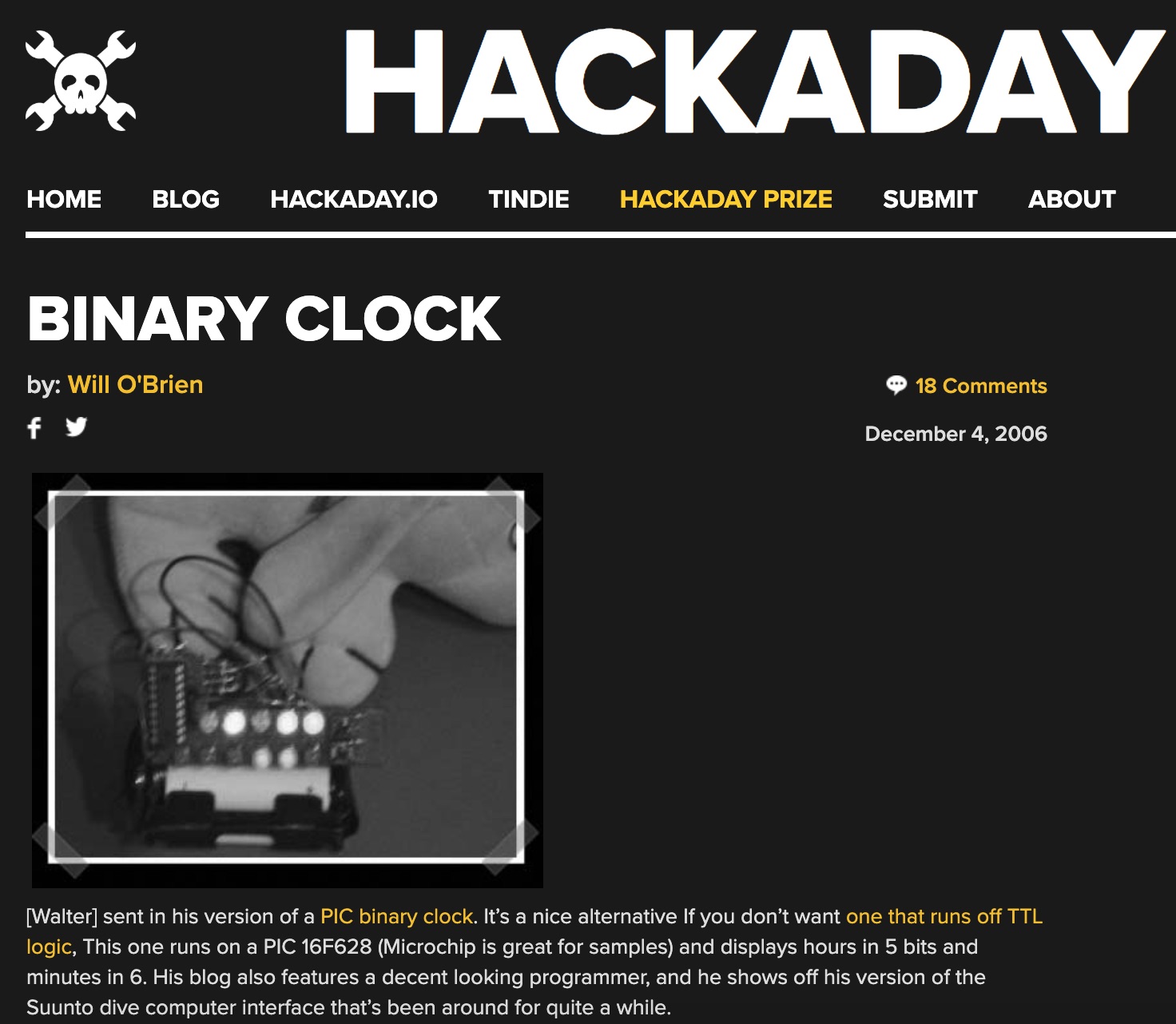 This project was also featured on hackaday way back in 2006

In short because the hexfile and schematic was shared. For a couple of euros you can buy all components the pic16f628a, leds and push buttons and have your own binary ledclock built as a weekend project. Enjoy!

A bit later figured out how to get atmega chips programmed using an arduino. Nowadays arduinos are even so cheap you'd probably get this done in a few hours using an arduino and someleds as well ;). But the journey taken and the skills learned here were worth it ;).