Because of traffic we missed most of the Plan B demo at area 51 yesterday. But we were in time to catch Danny Way pulling a 360 over the transfer. Ryan Sheckler did a nice backside flip all the way to flat on the same transfer but we missed that one :(. A bit later everyone started skating like ants on the course and fate finally caught up. A big crash occured where a small dude bailed and a larger guy (the one in the blue shirt) fell on top of him. Luckily the injuries were not as bad as everyone thought and all ended well :). 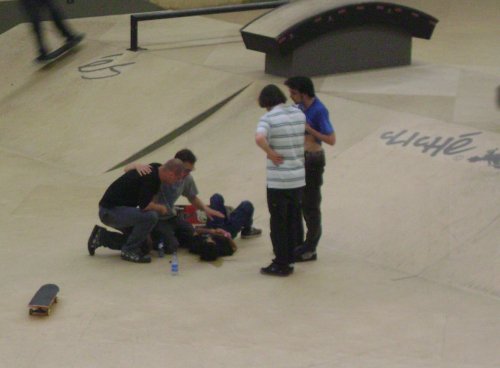